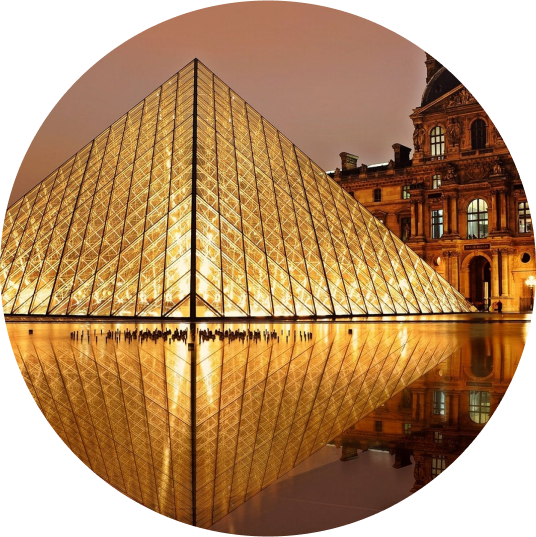 History of the French Language

Modern-day France and Belgium were once a part of an ancient region of Western Europe known as Gaul. When conquered by the Romans in the 2nd and 1st centuries BC, the Gaulish language began to change into that of a Romance language as Latin was imposed as the region’s predominant language. In order to socially progress, the citizens had to learn to embrace it. Following the fall of the Roman empire, multiple Germanic invasions occurred and had a large impact on the French language. When Gaul eventually fell to the Franks, the language evolved again, as it was subjected to different stress patterns. As such, the Franks also ensured the population merged with the Germanic settlers and here with an amalgamation of Germanic, Celtic and Latin, the French language emerged.

The French of Today

From its expansion around the world, the French of today is the official language–or one of them of 33 countries of the world. Until the early twentieth century, French was the language of diplomacy and one of the two main languages of international negotiation. Today it is one of six official languages of the United Nations. Just as the language of today has evolved over time, it continues to do so in many of the old French colonies, and even at home. Due to its cultural and political influence, France and its capital have developed Parisian French, which has been upheld as the ‘model’ for the language and is taught to non-native speakers of the language. Almost 300 million people worldwide speak French either as a native, or as their second language.

Our agency is delighted to offer the professional translation of language documents into or from French by veteran linguists and certified translators. All of our polyglots are native speakers of French and practice the four-eyes principle, whereby two people review the work before being submitted back to you.

Common language combinations in French in addition to German – French, are French – Dutch, French – Spanish, English – French and vice versa. These are the most common language combinations that our professional translators encounter on a daily basis. With regard to French specialty subject areas, marketing texts, medical documents, legal documents, e-commerce product descriptions and technical instructions are most frequently requested. If this sounds like you, you have come to the right place!