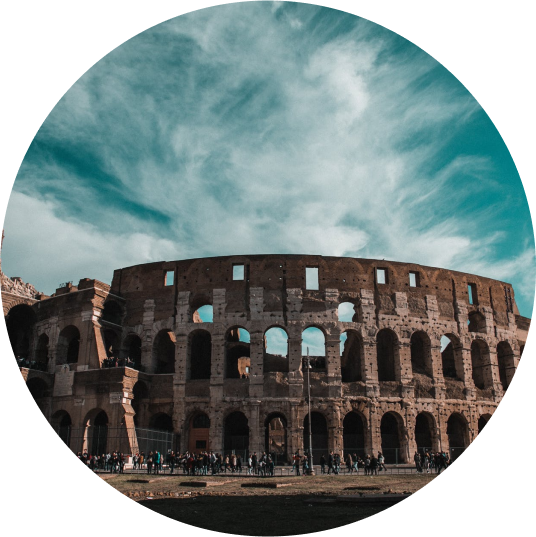 The Italian language developed through a long and gradual process beginning after the Fall of the Roman Empire in the 5th century. Prior to this, Latin was the language imposed on the people conquered by the Romans and had spread across the European continent, Northern Africa and into Asia. After the Empire ceased to exist, local forms of language started emerging and played an important role in society and everyday life. However, for several centuries, Latin remained the dominant language, as it was the language of the church, universities, and official acts. During the 14th century, the Tuscan dialect began to dominate, and is arguably the basis of modern Italian, as it was used by the three most important poets of the 1300s, Alighieri, Boccaccio, and Petrarch. Moreover, of all the Italian dialects, Tuscan has the greatest similarity in morphology and phonology from classical Latin, which makes it harmonise best with the Italian traditions of Latin culture.

It wasn’t until the 19th century that the language spoken by educated Tuscans spread far enough to become the language of the new nation. The unification of Italy in 1861 had a profound impact not only on the political scene but also resulted in a significant social, economic, and cultural transformation. Literacy rate increased in the rural regions with mandatory schooling and thanks to the growing use of radio, television, and newspapers, the Italian language started spreading, and after a few decades, many speakers abandoned their native dialect in favour of the national language. Today, there are approximately 67 million native speakers of Italian, and more than 13 million people speak it as a secondary language.

Our agency is delighted to offer the professional translation of language documents into or from Italian by veteran linguists and certified translators. All of our polyglots are native speakers of Italian and practice the four-eyes principle, whereby two people review the work before being submitted back to you.