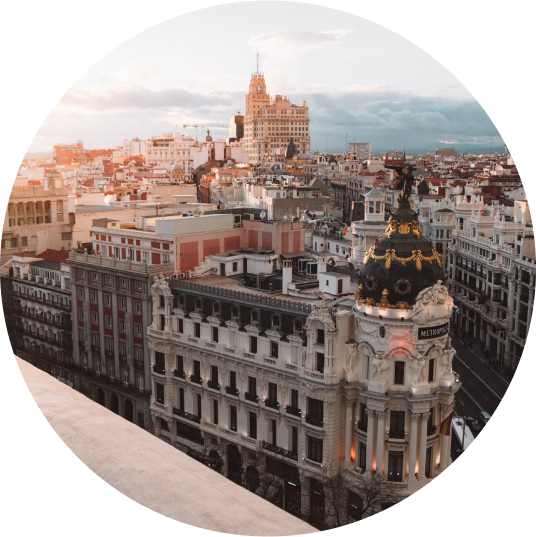 History of the Spanish Language

Spanish, along with others like French, Italian and Portuguese, is one of the Romance languages with its foundations in Latin. The language takes many of its grammar and syntax rules from Latin and has had many influences from other languages, including Arabic and Greek. Distinct dialects started to emerge following years of invasion and settlement of the Iberian Peninsula throughout the Middle Ages. Different parts of Spain were conquered by the Visigoths who brought Germanic influence and the Moors who brought Arabic influences until Christians reclaimed the land, speaking Vulgar Latin.

Scholars today agree that the Spanish of today was established in the 13th century in Toledo. The city was at the heart of the Kingdom of Castile where the name of the most widely used type of Spanish spoken today derives from, Castilian Spanish. Spanish explorers and Conquistadors then brought the language across the Atlantic to the Americas in the 16th and 17th centuries, spreading it through North, Central and South America and the Caribbean. Currently, there are more than 430 million native speakers of Spanish in over 20 countries, making it the fourth most spoken language on the planet. Spanish is the official language of the majority of Central and South America.

Our agency is delighted to offer the professional translation of language documents into or from Spanish by veteran linguists and certified translators. All of our polyglots are native speakers of Spanish and practice the four-eyes principle, whereby two people review the work before being submitted back to you. Our professional services include the translation of a wide range of industries and specialist areas. In addition to German – Spanish translations, frequently requested language combinations are English – Spanish, French – Spanish, Spanish – Italian, Spanish – Portuguese, and vice versa. These are the most common language combinations that our professional translators encounter on a daily basis.