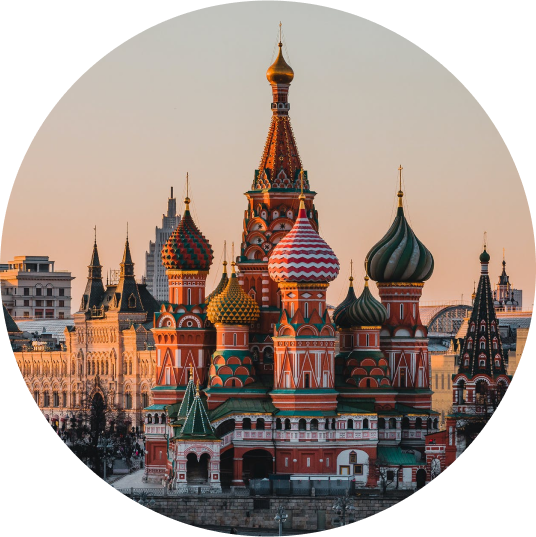 The roots of Russian can be traced back about 4000 – 6000 years ago. At this time, the language known as Indo-European was beginning to split due to various communities migrating away from today’s Ukraine and Southwest Russia, forming new dialects. As these communities continued moving West, Slavic tribes remained in Eastern Europe as a separate group, thereby developing their own language known as Proto-Slavonic. These speakers eventually separated into Southern, Western and Eastern branches around 500 AD. Further separation of the Eastern branch followed thereafter, and the speakers of ‘Old Russian’ ultimately formed three distinct languages, Russian, Belorussian and Ukrainian.

The evolution of the language happened in several stages, primarily as a result of state reforms. This included the reintroduction of older expressions and a number of phonetics, a simplification of the writing system by Peter the Great as a means of broadening literacy among the general populace, the removal of a number of Greek letters, and eliminating accent marks. Today, Russian maintains a large number of original Slavonic words shared by other Slavic languages as well as words from Old Russian. There are words borrowed from Scandinavian languages from Viking times, and several Greek words from Christian Orthodoxy in the late 900s. And finally, a number of German and French words still remain from the Westernisation project by Peter the Great. The language is spoken by over 155 million people as a native language, and an additional 60 million that consider it their second language.

Our agency is delighted to offer the professional translation of language documents into or from Russian by veteran linguists and certified translators. All of our polyglots are native speakers of Russian and practice the four-eyes principle, whereby two people review the work before being submitted back to you.

Our professional services include the translation of a wide range of industries and specialist areas. In addition to German – Russian translations, frequently requested language combinations are English – Russian, Russian – Ukrainian, Finnish – Russian, Chinese – Russian, and vice versa. These are the most common language combinations that our professional translators encounter on a daily basis. With regard to Russian specialty subject areas, marketing texts, medical documents, legal documents, e-commerce product descriptions and technical instructions are most frequently requested. If this sounds like you, you have come to the right place!