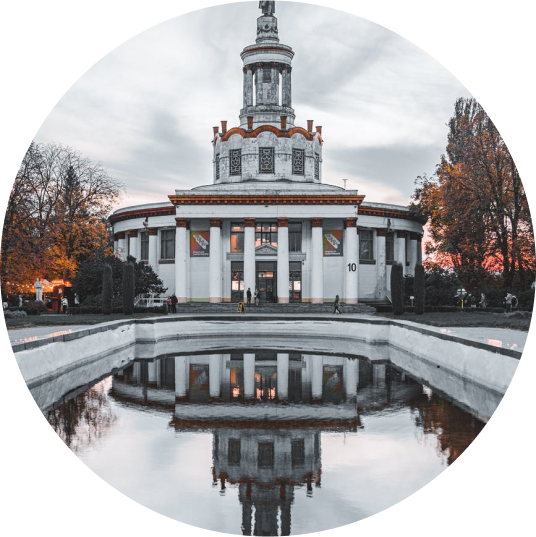 The Ukrainian language can be traced back about 4000 – 6000 years ago. At this time, the language known as Indo-European was beginning to split due to various communities migrating away from today’s Ukraine and Southwest Russia, forming new dialects. As these communities continued moving West, Slavic tribes remained in Eastern Europe as a separate group, thereby developing their own language known as Proto-Slavonic. These speakers eventually separated into Southern, Western and Eastern branches around 500 AD. Further separation of the Eastern branch followed thereafter, and the speakers of what we now consider ‘Old Russian’ ultimately formed three distinct languages, Russian, Belorussian and Ukrainian. The language evolved in the ancient state of Kievan Rus’ in the 9th century and was heavily influenced by Polish rule in the 14th century. The Ukrainian language has been in common use since the late 17th century, associated with the establishment of the Cossack Hetmanate, as vassal of the Ottoman Empire. But from 1804 to the Ukrainian War of Independence, the language was banned from Imperial Russian schools. However, through prominent authors and folk music, the language has always maintained a base in Western Ukraine, where the language was never banned.

In 1989 during the period of glasnost and perestroika, the Ukrainian Soviet Socialist Republic passed a law on languages establishing Ukrainian as the sole state language, but allowing Russian as well as Ukrainian to function as languages of communication. This law was still in force after independence in 1991. In the decades following independence, and especially after the Orange Revolution of 2004, the Ukrainian language made significant traction in education, but in commercial practice, the Russian language remained dominant. Today, around 40 million people speak Ukrainian as their native language.

Our agency is delighted to offer the professional translation of language documents into or from Ukrainian by veteran linguists and certified translators. All of our polyglots are native speakers of Ukrainian and practice the four-eyes principle, whereby two people review the work before being submitted back to you.