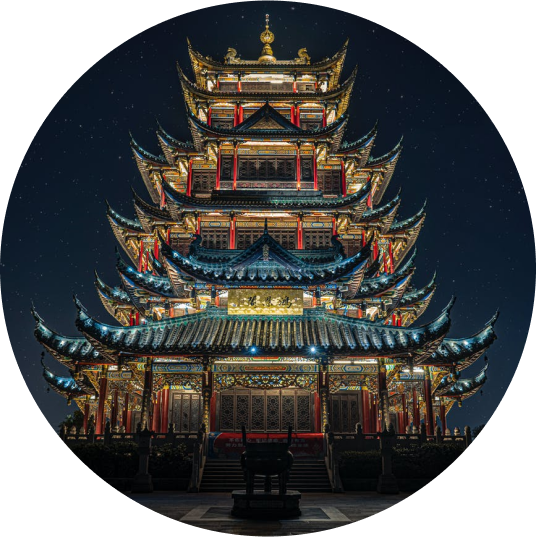 History of the Chinese Language

Chinese scholars and linguists alike classify all variations and styles of spoken Chinese as part of the Sino-Tibetan family. Despite the lack of supporting evidence and documentation available, it is believed that its origins date back to an original language called Proto-Sino-Tibetan over 7000 years ago. Due to its immense geographic size, China has always been a land of many languages and dialects. During the latter part of the Ming Dynasty (1368-1644), Mandarin emerged as the language of the ruling class. The later part of the Ming Dynasty saw the capital of China move from Nanjing to Beijing and remained as such through the Qing Dynasty (1644-1912). Since Mandarin is based on the Beijing dialect, it naturally became the official language of the country.

About 1.3 billion people (one-fifth of the world) speak some form of Chinese, making it the language with the most native speakers. The Chinese language, spoken in the form of Standard Mandarin, is the official language in the largest part of mainland China and Taiwan. In the form of Standard Cantonese, there are 66 million speakers and is mainly spoken in the Guangdong province, is one of the two official languages of Hong Kong together with English, and in Macau together with Portuguese. Today, the Mandarin Chinese language is becoming a much more common language to study from primary school up to university.

Our agency is delighted to offer the professional translation of language documents into or from Chinese by veteran linguists and certified translators. All of our polyglots are native speakers of Chinese and practice the four-eyes principle, whereby two people review the work before being submitted back to you.

Our professional services include the translation of a wide range of industries and specialist areas. In addition to German – Chinese translations, frequently requested language combinations are English – Chinese, French – Chinese, Spanish – Chinese, Chinese – Russian, and vice versa. These are the most common language combinations that our professional translators encounter on a daily basis. With regard to Chinese specialty subject areas, marketing texts, medical documents, legal documents, e-commerce product descriptions and technical instructions are most frequently requested. If this sounds like you, you have come to the right place!